Everything You Need to Know About Astro: The Amazon Robot 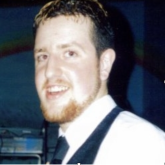 If you’re old enough to remember TV shows like the Jetsons, Alf, or Mork and Mindy (to name a few), you’ve probably had a few trippy daydreams about the future of technology hold. This has never been truer than it’s been in the past decade. For some older folks, it may seem like the internet was just created, but in reality, the world of technology has advanced leagues from the days of the first computers. In recent years we’ve been met with remote controls that can control every aspect of our homes, virtual assistants that can manage many of our everyday needs, and even self-driving cars. If you’ve gotten used to the modern features I just mentioned, get ready for Astro, Amazon’s very own robot!

With Amazon’s recent $1.7 billion purchase of the company that brought us the excellent vacuuming robot, Roomba, who knows what could happen, right? Well, initially, it was mixed reviews. Astro, the Home Robot, is being marketed as the adorable home companion that could soon be rolling into your house, and if you want to get your hands on one, you’ll need to get your name on the list. No, seriously, there’s a list. And while it’s possible a lot can change from now till then, this little Wall-E-looking robot seems like it’s going to set you back around $1500 easily. However, with Amazon’s Day 1 Editions program, Astro can be yours for the low-low price of $1,000 with a six-month trial of Ring Protect Pro included.

Amazon made the big announcement in September 2021, and of all the devices that expert analysts predicted, a room-roving camera was not one of them. Even so, Amazon came in hot with promises for this new device, including technologically advanced features such as individual facial recognition, superior navigation and avoidance, full Alexa integration, a pet treat launcher, and much more. Astro doesn’t have any arms, but it does have a cupholder and a cargo bin that allow the bot to transfer items between rooms, which can be handy (or lazy, depending on how you look at it).

Astro: The Face of the Future

The heading for this segment is a little play on words as I want to take a moment to talk about the “face” of this 20-pound robotic house assistant. Astro’s face comprises a screen that can stream video calls, play Prime Video, control menu settings, and much more. Here is where a bunch of the new features can be found. A bunch of new features can be found, like Echo Shows. This feature works by moving the screen to keep you centered in the frame. But in the case of Astro, this feature is taken a step further, and the little bot will follow users around the home to keep them centered. How’s Astro get around? Reportedly relatively quick with large wheels and an advanced navigation system that enables it to maneuver around the home quickly and accurately with no complications. Astro has a powerful braking system that lets the home assistant stop if an obstacle obstructs its path.

What is good about Astro the Home Robot

Let’s start with the obvious one, with that being you get your very own mini-robot butler! Ok, all kidding aside, there are a bunch of benefits that can come with this device, but until it hits the market, we only have speculation, reports, and expos to go off of.

What is not so good about Astro the Home Robot

As mentioned earlier, you need to find yourself on the list if you want to be among the first households to staff this camera butler bot (my words, not theirs). So, if you happen to be on this list, when would you expect to meet your very own Astro? While a firm date hasn’t yet been provided, Amazon plans to start sending invitations and shipping devices sometime later this year, and Initial quantities will be limited.

Would I be interested in owning Astro the Home Robot? Absolutely. I can honestly say that I’m not a fan of the hefty price tag, but with all the features this device packs, it may be justifiable, especially for the right home. A roving security robot can be helpful by reducing the need for multiple security cameras in your house. Still, at the same time, this raises privacy concerns amongst many people – myself included. At this point, it’s a little too early for me to say yay or nay to Astro, but if this little bot stacks up to what Amazon is saying about it, I’m sure it’ll find its way into plenty of homes.

Previous post How Can Technology Help Improve How We Sleep

Owning a Piece of Decentraland

Are You Ready For Your Digital Twin To Show Up?