What Is Quiet Quitting? Is This the Future of Work? 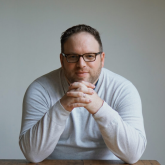 If you’ve been paying attention, you’ve probably noticed that people are quitting their jobs in record numbers. This isn’t just a story about the job market—it illustrates a broader trend around us.

Quiet quitting is everywhere, from startups to corporations and even government offices. So what does quiet quitting mean for the future?

Scroll on social media for even a short time, and you’re bound to hear a story about workers feeling underappreciated or being asked to pick up the slack of other employees who have already left. Naturally, that leads to burnout and people leaving their jobs in droves through quiet quitting.

What is quiet quitting

Quiet quitting is resigning from a job without letting anyone know. If you’re the type of person who likes to go out in a blaze of glory, then this may not be for you.

Quiet quitters tend to be introverted or deeply unimpressed with their current roles. They prefer staying under the radar when it comes to personal matters, so quitting their jobs will likely happen quietly.

Quiet quitters usually don’t give notice because they don’t want to deal with an awkward conversation or because they value their privacy more than anything else. The idea is to create a better work-life balance by not giving employees so much control over someone’s life.

Why are employees quiet quitting

According to a Gallup survey, 70% of employees are either not engaged or actively disengaged at work.

If you’re the type of person who enjoys the things that make your job enjoyable, this is great! But if you’re not happy with what happens “outside” of your day-to-day—the corporate culture and company values—it can be difficult to find enjoyment in work itself.

Employees are frustrated with their jobs, employers, and even themselves when they’re so unhappy in their roles that they leave without notice. This is quiet quitting: walking away from an employer without giving them any warning.

The signs of a quiet quitter are not always obvious, but you can pick them out with a keen eye and a little insight.

The first thing to watch for is an employee who is frequently late or absent from work. This could be because they are usually late or just decided to take the day off. It would help if you also looked out for employees who seem uninterested in their job and don’t talk much about what they’re working on or where they’d like to go with their careers.

The most significant signs are a sense of cynicism or apathy about work in general. It isn’t about complaining but more about giving up on the idea of going to work because there is no more extended appreciation or value in this specific activity.

Quitting because you don’t like your job is the most common reason. It’s also been a longstanding phenomenon, but it has started to feel more prevalent in the last decade or so. Maybe it has something to do with the rise of social media, which allows people to feel like they have a voice even if they have no actual power at work.

Maybe it’s because we’ve realized that our jobs aren’t meant to be eternal after all—that we’re supposed to quit one day and move on to another job or even a different career altogether. The idea that you should stay in one position until retirement can feel oppressive when you realize your potential is limited by where you are.

Stagnant and low wages even as inflation climbs

When wages are stagnant, even though our cost of living keeps climbing, the amount of money we’re getting paid doesn’t go up. A dollar might buy less and less with each passing year. That means that these numbers won’t add up if you’re not making enough money to support yourself and your family.

Your quality of life will suffer as a result. Maybe your fridge runs out of food before payday, or there’s no gas left in the tank because you couldn’t afford to fill it up this week. If employees are not paid a livable wage, they cannot be expected to put in much effort.

Quiet quitting is not a new concept, but it’s becoming more and more common because the work environment is getting increasingly toxic. While some people leave jobs because they’ve been underpaid, others leave because they feel like their work isn’t appreciated by their bosses or coworkers—or even worse, by their company or customers.

Workers today want to feel like what they do matters. They want a simple “thank you” or “good job” from those in leadership positions instead of constantly criticizing what they are doing.

If you’ve ever felt stuck in a rut at work, this is the section for you. This can mean not getting promoted as quickly as your peers or feeling like there are no ways to grow in your current role. These feelings of frustration and stagnation are often signs that your company culture is toxic, which can cause employees to feel unmotivated and unfulfilled by their job.

Employees know when they hit a brick wall, which naturally leads to questions of “what is next?” This becomes tougher when those with less experience or seniority are promoted over the heads of those who have worked for longer and harder.

A fast-growing number of people are finding that their jobs aren’t fulfilling. They recognize the need for a better work-life balance, more flexible working hours and schedules, and more control over their workload.

They also want to have some say in how they do the job—the tools used to complete tasks or even what gets done. Quiet Quitting is an extension of this idea: the desire for more control over how we work and spend our time when not at work.

Burnout is a feeling of exhaustion, cynicism, and inefficiency that can occur when you are doing something you love. It also exists in many industries, primarily if you work in customer service or tech support.

Burnout manifests in different ways, from feeling dissatisfied with your job to being unable to do your job at all. If you’ve ever felt tired working the same shift day after day and wondered why people enjoy their jobs so much, this could be part of what’s going on for you. Burnout may come from stress caused by external factors (like harassment), internal factors (like perfectionism), or both.

Quiet quitting is often cited as a reaction to the hustle culture. The hustle culture has been around for a long time, but it’s only recently become so prevalent and mainstream. If you’ve been following popular media, you’ve probably read about people who have quit their jobs to start companies or become entrepreneurs—these stories are inspiring! But they can also make working in an office seem like drudgery by comparison.

This feeling of superiority over your fellow workers has given rise to quiet quitting: employees who minimize their work hours, so their bosses won’t notice their absence, then spend time at home making money on side projects or pursuing other interests.

What does it mean for the future

It won’t be enough for an employer to have a job listing that says “we work hard here” when it comes down to having an open door policy for its employees or even implementing remote work or flex hours so that people can get out of the office if they don’t feel like being there anymore.

The workplace will become more inclusive and flexible as a result, which benefits the environment and improves productivity.

Ultimately, it’s hard to say precisely what the future holds for quiet quitting. But one thing is clear: if we don’t think about solutions soon, there is bound to be a bigger problem of fulfilling open positions in the future.

James Wieland is a native Californian who moved and lived in numerous places around the US. He spent years in various performance groups touring the States, Canada, and Europe. He is a front-end dev with certs from the University of Michigan and Google as well as a degree in Business Marketing from Grand Canyon University in Arizona. James is a freelance copywriter, published author, and indie poet currently living in Midcoast Maine, living in a 200-year-old home being restored by his amazing wife.