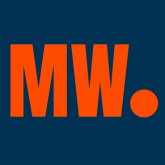 Unimpressed by the sight of rich celebrities patting each other on the back for doing their jobs well? You’re not alone.

According to new research, 42% of Americans agree that entertainment awards shows are “meaningless.”

The survey of 1,000 people, conducted by OnePoll, found that just 34% plan to watch the upcoming 74th Primetime Emmy Awards on September 12.

This despite the fact that 61% have reportedly watched the Emmys at least “sometimes” in the past, pointing to a potential decline in the glitzy event’s popularity,

Unsurprisingly, those who claim to watch no TV at all are the least interested in the Emmys, with 93% of those expressing that attitude.

However, more than half (53%) of those who watch the most TV – 15 or more hours weekly – weren’t interested in it, either.

When asked to pick winners for the night’s two main awards, Outstanding Drama Series and Outstanding Comedy Series, the most popular choice for both was “no preference” (33% and 34%, respectively).

Following that, the Korean phenomenon “Squid Game” (17%) and “The Marvelous Mrs. Maisel” (15%) both stood out as the second-most chosen options.

This overall lack of interest may explain why four in 10 respondents (44%) believe the Television Academy is out of touch with what the average TV fan likes to watch, and why a similar number (43%) think they could do a better job picking the major Emmy nominees.

The sheer volume of available content may also be a contributing factor, as the average respondents already has eight shows on their to-watch list.

Respondents also struggled to name this year’s nominated performers, especially by which characters they played.

From a list of names, only four actors were identified by more than 10% of the panel — most notably “Squid Game” star Lee Jung-Jae, who plays Seong Gi-hun, and Winona Ryder, a.k.a. Joyce Byers on “Stranger Things”

When shown photos of the celebrities, respondents fared a little better.

One-third correctly identified Sandra Oh as the star of “Killing Eve,” while “Euphoria” star Sydney Sweeney (29%) and “Atlanta” creator Donald Glover (21%) were also easy for the panel to recognize.

On the other end of the spectrum, Nicholas Braun, who plays the hapless Cousin Greg on HBO’s “Succession”, was the least identifiable (7%) by respondents.

This random double-opt-in survey of 1,000 General Population Americans was commissioned by OnePoll between July 18 and 20, 2022. It was conducted by market research company OnePoll, whose team members are members of the Market Research Society and have corporate membership to the American Association for Public Opinion Research (AAPOR) and the European Society for Opinion and Marketing Research (ESOMAR).

Previous post 4 in 10 Americans Think They Have What It Takes to Be the Next Internet Celebrity, Survey Says

Next post Top Ways People Prefer to Communicate While Traveling, According to Research
6.8k Shares

MODERN WORLD IS A FAST-GROWING GLOBAL DIGITAL MEDIA BRAND THAT GIVES YOU ACCESS TO PREMIUM DIGITAL CONTENT COVERING INNOVATIVE PERSPECTIVES ON THE MOST MODERN WAY OF LIVING. The world changes every day. We deliver content that helps you make sense of these changes, so you can stay ahead of the curve. We unleash your passion and creativity through our content, expand your knowledge, and draw your most inspired and prolific life. You gain an exclusive pass to the hottest and latest lifestyle, entertainment, business, and technology trends around the globe. Are you living your future today? Read about it here at Modern World.