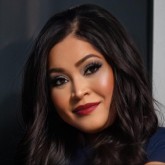 Unless you’ve been hiding under a rock for the past decade (and if so, no judgment cast here), you’ll recognize one of the fastest growing industries in the U.S. is the business of deciphering Generation Z, the 10 to 25-year-olds following closely on the heels of the Millennials. It’s hard to see a week pass without some group or individual declaring that they’ve finally figured out and debunked the madness behind the methodology of Gen Z, just to be at the risk of making themselves look foolish or insensitive. No matter which side of the fence you’re on, you can’t deny that Gen Z doesn’t have their hand in the proverbial cookie jar that is the corporate world. This is especially true when you consider general life and the future of work. Now, I’m not saying their influence is for the better or worse, but the impact they’re having is being felt throughout multiple industries. Quite honestly, it isn’t easy to avoid if you enjoy being out in public.

Who is Gen Z

I’m sure you already know, but a quick refresher for anyone who’s a little foggy on the dates. Gen Z is the name given to the current generation of young people and consists of individuals born between 1997 and 2012. The oldest of this generation is turning a quarter of a century old as many of them are now finished with college, getting married, and starting families.

But chalking up the entire generation by dates is somewhat stereotypical. I know quite a few people born in this generation who act nothing like the demographic states. So who is this highly-spoken about Gen Z, really? Who is the “Gen Z” that Boomers (1946-1964) have difficulties adjusting to? Whom are the children of Gen X (1965-1979) and the Millenials (1980-1994) striving for change? Generation Z, of course.

One demographic that runs deep with Gen Z kids is the demographic of “Culture Creator.” Through this platform, Gen Z is redefining the entertainment, workplace, and marketing industries. Growing up with the internet has allowed them to reach possibilities beyond the confines of traditional cultural expression.

Did you know that around 70% of Gen Z’ers prefer streaming services over classic old TV? Well, to be honest, I’m also among the many that choose this route. On another note, most Gen Z web content comes directly from social media apps like TikTok, Instagram, Twitter, Snapchat, etc. It contains trending videos as well as content created now by their peers.

If you haven’t heard by now, Gen Z has some extreme opinions about their workplace preferences. A few off the top of the list are they want to work from home, they possess strong feelings about maintaining a strict work-life balance, and they’d like to be paid daily. For most Gen Z’ers, failure to comply with any or all these demands could result in them walking out on the job.

Some people have said they enjoy the benefits of working for younger managers. “My team lead is a millennial & she is so good at this; I can message her saying I’m not feeling up to work & she’s like, okay! feel better soon.”

Today, it’s crucial that executives and business leaders understand that this generation is looking for experiences and chapters. A typical career used to resemble a pretty cookie cutter layout:

This mentality has shifted. Now it’s more along the lines of: “This is what I bring to the table, and if you can’t meet my base requirements for an employer, or if I feel threatened, misused, or underutilized, I’ll take my talents elsewhere.” Again, not every Gen Z’er is like this (stereotypes, right?), but the majority has spoken, and this is pretty much acceptable behavior or theology.

But believe it or not, not everyone is on board with the push for Gen Z’s utopian workplace. A social psychologist named Jonathan Haidt, one of the world’s 50 top thinkers by Prospect Magazine, and co-authored ‘The Coddling Of The American Mind‘ about Gen Z with Greg Lukianoff, says three of the primary issues lay in the following Gen Z theories.

Haidt goes on to make much excitement about many of the issues that plague this so-called utopian Gen Z workplace. You can read more about the problems he points out by reading his book, but let’s get back into how the new standard is potentially being set.

The new corporate vs. the old corporate

Generally speaking, even though a few folks consider Gen Z a little needy and likely to walk out on a hard day’s work, the truth isn’t that cut and dry. Individuals who fall into the Gen Z demographic tend to like being involved in various things, especially if it relates to their job. Their approach is fundamentally different from previous generations in that previous generations were ok with coming to work, clocking in, doing the job, not asking questions, and then going home. In the case of Gen Z, however,  they’re more prone to asking questions like:

This requires extra time and conversation, but managers and officials who engage in these conversations will inevitably encourage retention. It’s not like they set out to purposely try and agitate the previous generations, but often not understanding something leads to ignorance. If these naysayers are willing to listen, work with, and coexist with Gen Z’ers, a lot can be achieved and even learned on both sides of the coin.

For instance, by engaging in these conversations and addressing their concerns, transparency is achieved, and the information they seek is effectively being broken down for them. This shows them that the individual is invested in their personal development since they’re effectively increasing their understanding of how the business works and taking the time to address their concerns, as trivial as they may be. Even more so, it shows that they’re also invested in their professional development, which is extraordinarily important to them (as it should be all of us.)

So, Gen Z is a little more challenging, but is that a bad thing? Every generation that came before them (dating back to the beginning of time) has had its trials and tribulations. And as soon as you feel like you’re finally getting a grasp of things and understanding views from their eyes, the next generation swoops in and changes everything up again. Yes, this generation asks many questions, so consider this if that bothers you. Answering these questions presents an opportunity for not only the individual to grow and flourish but also you. A society where everyone works alongside one another is destined to shine.

Previous post Google Chatbot AI Is Sentient: Is This a Good Thing?

Ethel Emmons writes about technology, business, lifestyle, and entrepreneurship. Originally born and raised in the Philippines, she took on a very challenging journey on her own to migrate to the USA in her early 20s. She started as a software engineer and a product program manager at major Silicon Valley big-tech and start-ups. She was a 3-time expat who worked and lived in The Hague and London as a global technology executive for an oil major in the most recent six years. She traveled to 38 countries for work and cultural pursuits. She follows Formula One and enjoys her two Maltese puppies, Nemo and Benji. She is the founder and CEO of The Glam Daily and Skin Beautiful Organics.

What Is Quiet Quitting? Is This the Future of Work?